An unknown Huawei device, sporting model designation MXW-AN00 and believed to be the Honor 30 Lite, has passed through Geekbench revealing key specs in the process.

According to the benchmark database, the MXW-AN00 runs Android 10, has 6GB RAM onboard and a MediaTek MT6873 SoC under the hood, which is also known as the Dimensity 800.

Rumors have it that the Honor 30 Lite will come with a Dimensity 800 chipset at the helm and this Geekbench listing lends credence to those. 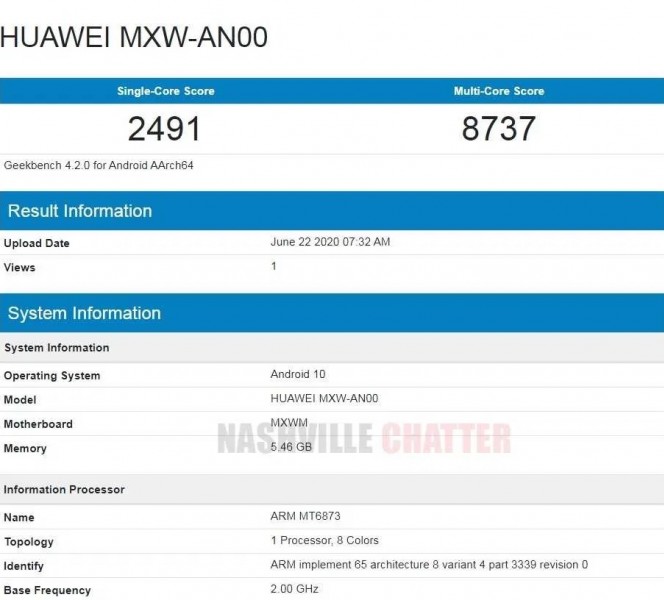 The Honor 30 Lite is rumored to feature a 16MP selfie camera and an image exclusively shared by us last week confirmed the smartphone will sport a triple camera setup on the back comprising a 48MP main camera which is rumored to be joined by an 8MP and 2MP units.

The Honor 30 Lite is not an entirely new smartphone. It’s a re-branded Huawei Enjoy Z 5G with a back having a slightly different design.

Unlocked Samsung Galaxy A51 on sale in the US, early adopters...

April 1, 2020
We use cookies to ensure that we give you the best experience on our website. If you continue to use this site we will assume that you are happy with it.AcceptPrivacy Policy