The Lenovo Legion gaming phone has been circling the rumor mill for the past few months, but we are on the final straight – the launch is taking place in five days. Today we finally have an official render of the phone, revealing what the device will look like.

Lenovo officially confirmed the Legion Pro will have a 20 MP selfie camera on the side.

Renders and promo images have appeared both at the retailer JD.com and on Lenovo Legion’s official profile on Weibo. They reveal a dual-speaker system; four air triggers – two on right/top side, two on left/bottom side.

The dual-camera system is indeed in the middle of the phone, with a dual-LED flash neatly tucked above the Legion logo. 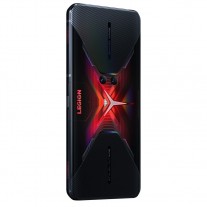 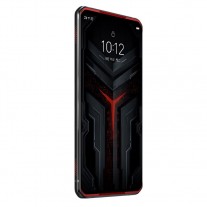 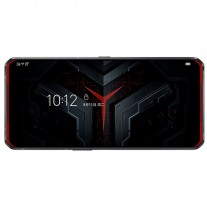 The selfie camera is most likely going to serve as a facial recognition tool, with the fingerprint scanner sitting underneath the display. Speaking about the screen, we don’t know the actual diagonal of what appears to be an OLED, but it will have a 144 Hz refresh rate.

Other confirmed specs include Snapdragon 865+ chipset and 90W Super Flash Charge. The official launch is taking place on July 22, on the same day as the ASUS ROG Phone 3, and we’re sure both companies will try to claim the “World’s first gaming smartphone with an SD865+ chip” belt.