Global Oppo Reno4 to debut in India on July 31, other countries to follow in August – TechWeu

The Oppo Reno4 Pro 5G and Reno4 5G hit China in June, but now they are finally ready to begin their global expansion. Or at least in name as the versions for international markets will likely differ from those already launched.

The Oppo Reno4 phones will arrive in India on July 31, while Indonesia will follow on August 6 (the date was later deleted, now it says “August 2020”). A device with this name also appeared during a show in Malaysia, but no one in the studio revealed when the phone is expected to arrive.

Oppo is likely to pull the same move it did back with the Reno3 phones – the global markets will receive different hardware. While the Indian teasers on Amazon and Flipkart showcase only the front, the Oppo Indonesia website showcase the fourth camera sitting in the upper right corner of the setup – the Chinese phones have it in the lower right corner. 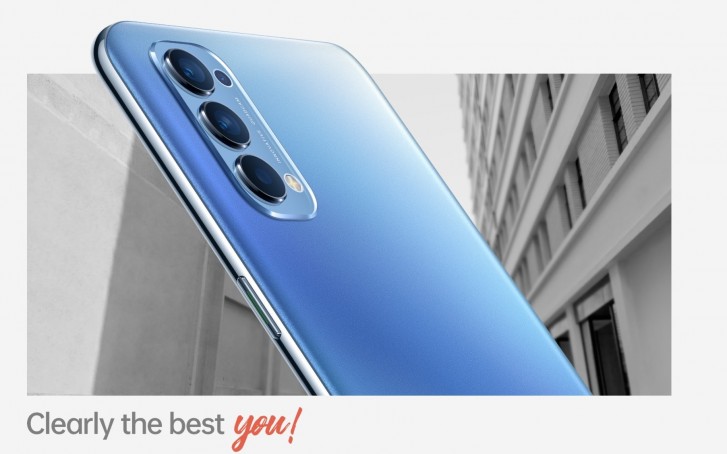 However, Malaysia will have it even weirder – the phone has four shooters that are manufactured to look identical (likely the same on the outside, but different on the inside), but the front side remains curved – for some reason there is no front cameras in one of the teasers, leaving us guessing if there is going to be one or two front-facing cameras.

The most likely reason for the different phones in Indonesia and Malaysia is that the former is the regular Reno4, while the latter is the Pro version, and we expect.

Reports from India also suggest the Reno4 will be accompanied by the Oppo Watch, as the wearable is already making it to non-Chinese markets.