Asus is likely to launch its following Republic of Players cellular phone in July, and the phone was just lately outlined by the corporation in a press release. Afterwards, a product rumored to be the ROG Phone III was viewed on Geekbench, but these days we have a crystal clear affirmation this telephone is indeed taking place – it has been licensed with the Eurasian Economic Commission (EEC). 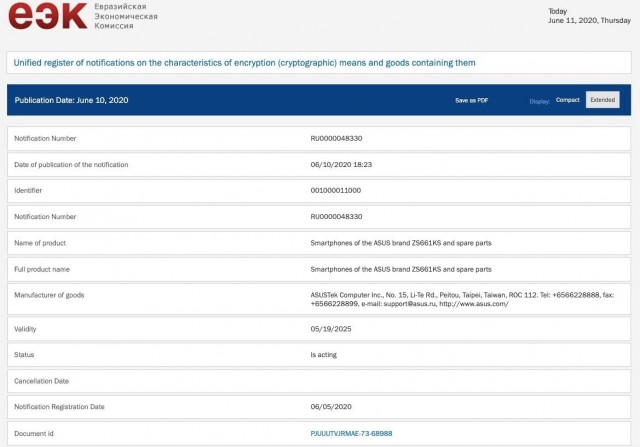 We are confident this is without a doubt the up coming ROG Phone since it has the product amount ZS661KS – fairly comparable to the ZS600KL of the 1st ROG Telephone and ZS660KL of the next iteration. We do not have a great deal of specs for now – only the benchmark-leaked Snapdragon 865, blended with 8 GB RAM, and Android 10 – none of them are a shock.

What we do expect to see is a increased refresh rate than the ROG Cellphone II, probably 144Hz, more rapidly charging than the preceding 30W costs, and a QHD+ display. The past variation had issues with its fingerprint sensor, so hopefully, Asus will correct people in the approaching model.