With the entire world currently suffering from COVID-19 outbreak, various major tech launches have either been delayed, cancelled or just simply gone digital. That’s the same case for the next-gen Sony PlayStation 5 or Sony PS5 console. Since E3 (also known as Electronic Entertainment Expo) is now cancelled, Sony is planning to move ahead with its own digital showcase event. While the official schedule remains unknown, the company was rumoured to host it in early June. As per some recent reports, the early June event timeline is now pushed back by a matter of days.

It is also worth noting that various reports have also hinted towards the reveal event happening every month. In this way, Sony will reveal a few things about its next-gen console every month until the final launch or sale. Well, the official information on the digital events remains unknown therefore it should be taken with pinch of salt.

With that said, Sony is eager to reveal more about its next PlayStation 5 console and we were expecting the same to happen at the E3 2020 conference. At the new digital event, we’re expecting the company to reveal a variety of PS5 launch games. These will include titles from both first party and third party developers. For those who’re unaware, Microsoft has already done through its online event revealing a plethora of game titles.

We should see Sony doing the same with its upcoming online conference. Sadly, there is some uncertainty on whether we will see the PS5 design at the event. Since Microsoft has already revealed tons about its offering, Sony might do the same for its PS5 console at the next event.

Here is the list of all the confirmed or rumoured games that will hit the next-gen PlayStation 5 console. All the games below will make use of the next-gen tech to deliver improved gaming experience.

There are many other rumoured titles that we will see running on PlayStation 5. As expected, there is no official confirmation for these games. In fact, the developers haven’t even confirmed the existence of numerous titles as of now. 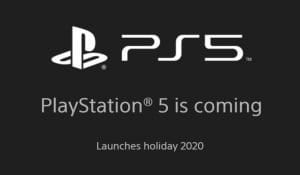 As you might have guessed, Sony will launch its PS5 or PlayStation 5 console somewhere in the Holiday 2020. There is no concrete launch date at the time of writing this. The new generation of PlayStation 5 will pit against the Microsoft Xbox Series X which we know a lot more about. With that said, we should expect more information in the coming days regarding the next reveal event from Sony. In any case, we will make sure to update our readers with the latest development in the story.