Motorola is launching the Edge X30 Pro smartphone with a 200MP camera, and the latest and greatest Snapdragon 8+ Gen 1 platform. The confirmation comes from Geekbench, where the flagship was benchmarked and unsurprisingly revealed mighty results in raw performance. 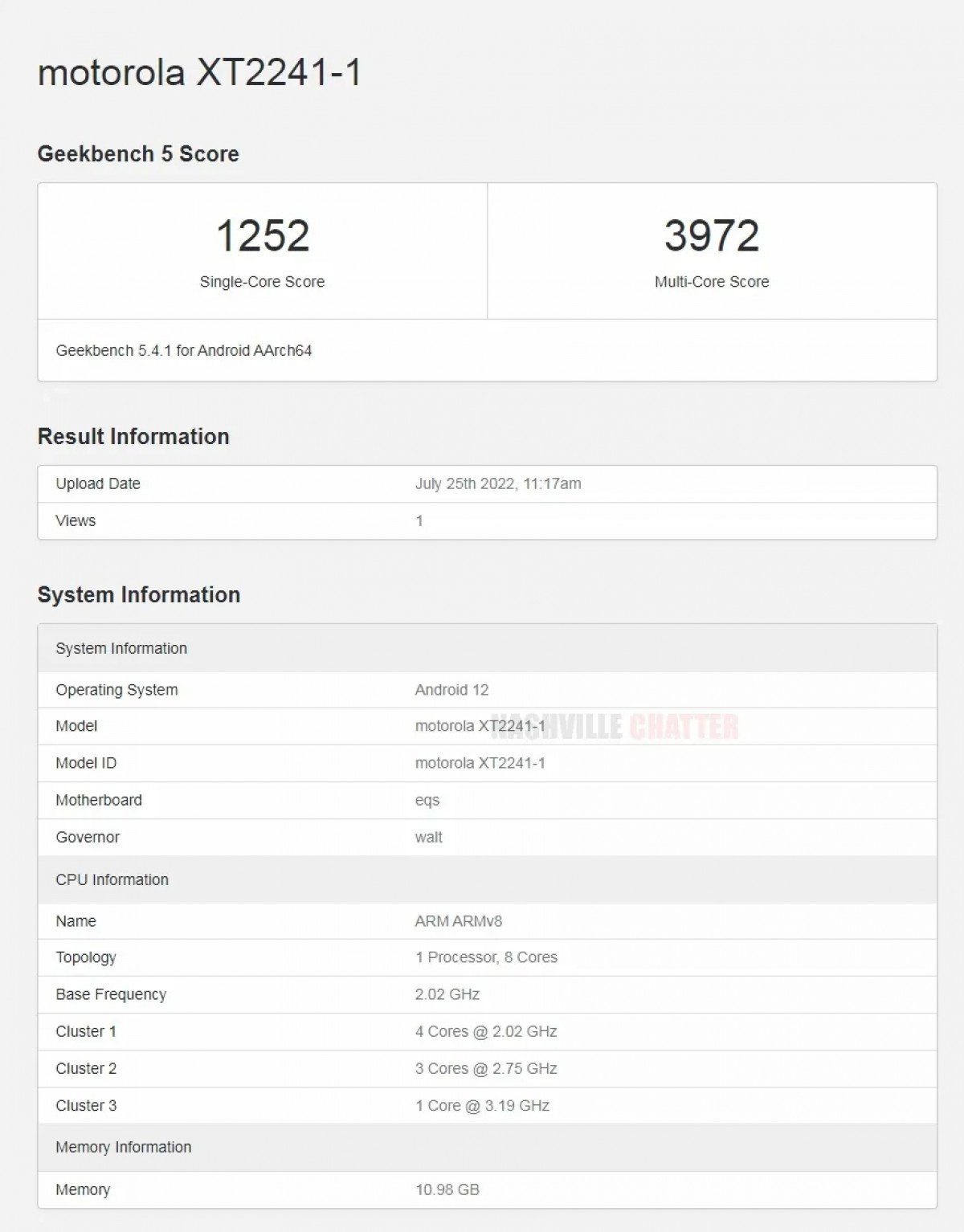 The Moto Edge X30 Pro’s result of 1,252 for a single core and 3,972 for multiple cores are in line with other tests we had so far. There will also be a 12GB RAM option and the OS will be Android 12, but the phone will launch in China first with a heavily modified interface.

Other rumored specs include 5,000 mAh battery with 125W fast charging, up to 512 GB internal storage, 50MP ultrawide and 12MP portrait cameras . The launch is scheduled for August 2 and that’s when the curtain be lifted, revealing all the details, including pricing and availability .