Motorola is having a launch party next month where we’ll see the Razr 2022 and the Edge 30 Pro. The classic flagship already leaked multiple times in live photos, teasers, and certifications, but finally, we have a clear official look at the foldable with its big screen.

The image, posted on Weibo, reveals a big rectangular screen, taking up the majority of the cover. The rest is left to the camera setup that now brings two shooters, placed horizontally, with the LED flash right next to them. 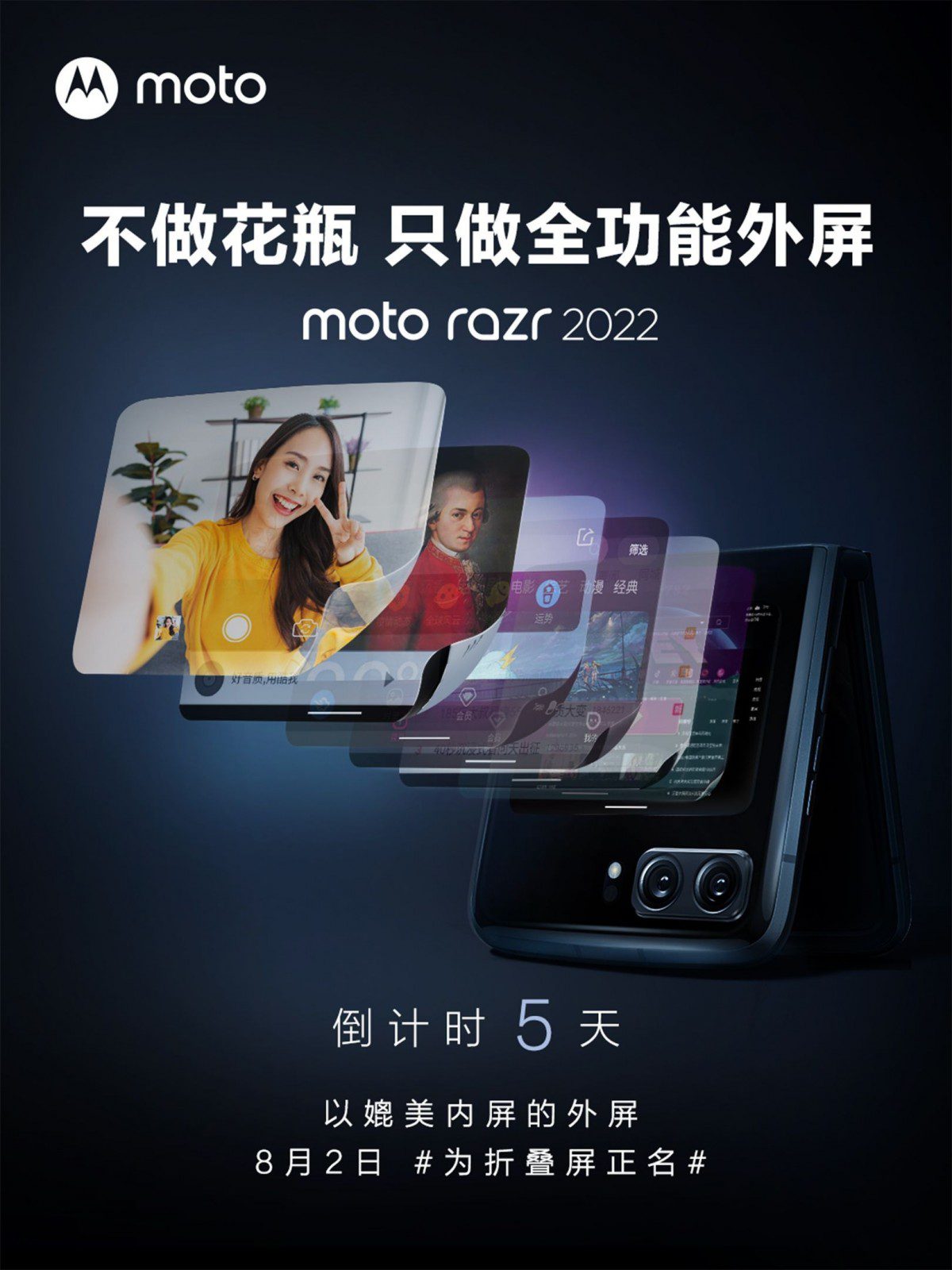 The post on Weibo said the outer screen “can be on par” with the inner foldable panel, likely in terms of functionality. Obviously it won’t be the most convenient solution for a lot of tasks, but it’s going to do just fine for many of the basics.

The Moto Razr 2022 is confirmed to have a Snapdragon 8+ Gen 1 chipset, making it not only the first foldable with the new Qualcomm platform but also the first actual flagship-tier Razr in Motorola’s smart portfolio.