OnePlus 8 Pro unit spotted in the wild, reaffirming specs and design yet again

Well, it was bound to happen at some point before the official April 14 unveiling event for the OnePlus 8 and OnePlus 8 Pro.

And, frankly, with all the elevated attention the pair has been getting lately, with leaks left and right, a live photo was a bout the only possible thing left to get.

The shot clearly shows the OnePlus 8 Pro, since we, conveniently get a look at its about screen. The latter lists a few key specs, none of which, frankly, new to us, mostly thanks to a massive leak, from a few days ago.

Still, it is always good to see yet another confirmation for the info. Including some important points, like the Snapdragon 865 chipset, the 6.78-inch, Fluid AMOLED display, capable of operating at 120Hz.

Also, the double 48MP camera setup, with one of those expected to be the main Sony IMX689 snapper, while the other – Sony IMX586 48MP, said to sit behind an ultrawide lens, complete with macro mode.

Then there is an 8MP telephoto, which previous rumors claim will be a 3x optical zoom unit, with OIS and finally a 5MP color sensor.

You can check out some official low-light camera samples from the OnePlus 8 Pro here. 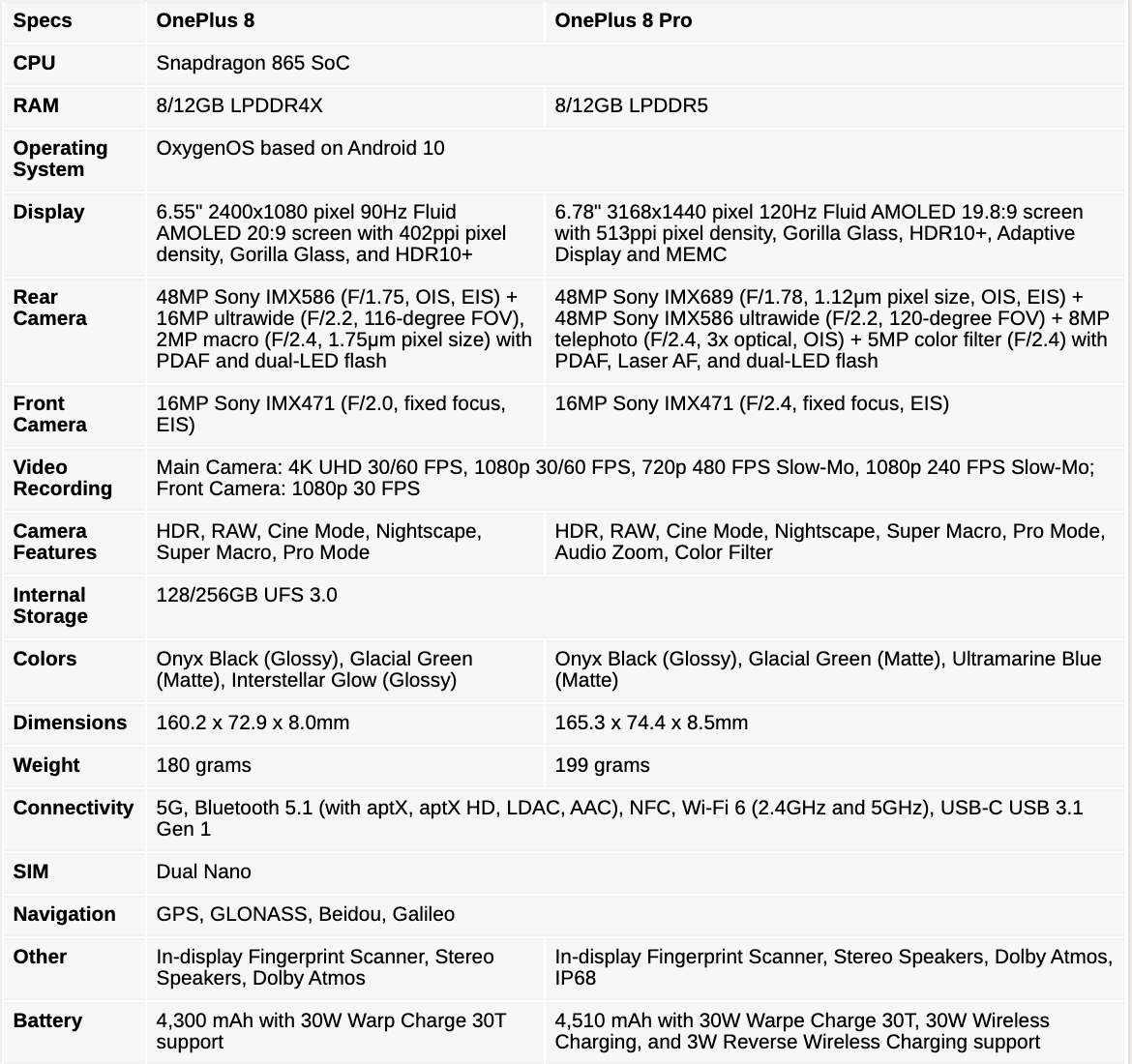 Also scattered amidst the numbers on the about screen, we can clearly see that the unit in question is the higher memory skew 12GB RAM and 256GB storage.

Also, in what is somewhat new information, we no know that the OnePlus 8 Pro will bear the IN2020 model number.

And, we have a slightly better idea of the Hybdrogen OS build we can expect to see out of the box 10.5.2.IN11.

Though, the latter shouldn’t really be taken as any concrete info, since this early unit could, very well, be running early software.

What we do know about the new Hydrogen OS is that it should feature Dark Mode 2.0, with improved app support. For any other specs musings, may we refer you to the nifty table for both OnePlus 8 models above. 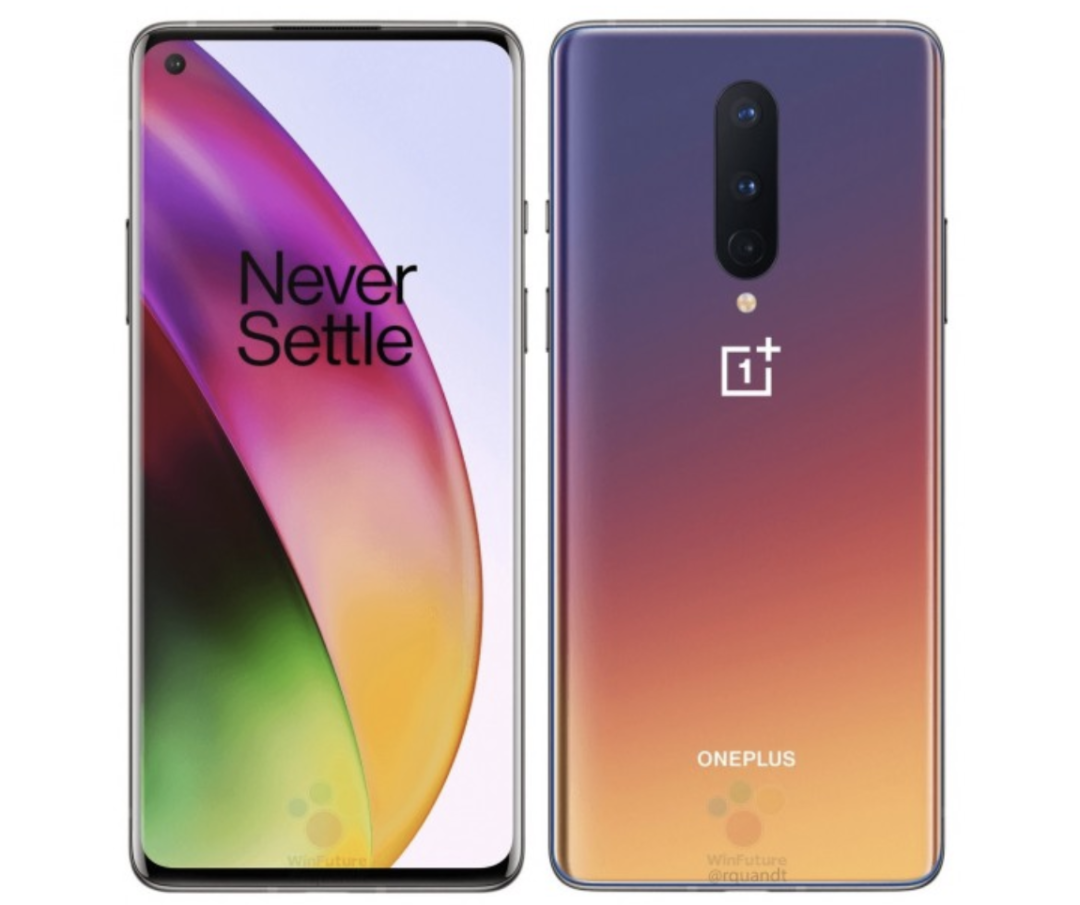 No further word on the alleged OnePlus 8 Lite, likely to be called the OnePlus Z, though. That one probably won’t make it to the April 14 even anyway.

Meaning that there is still plenty of time to get some leaks on it at their own pace.

Design on the OnePlus 8 pair is hardly a mystery either. We have plenty of renders and these, thankfully, do coincide perfectly with the details we can spot on this new live OnePlus 8 Pro image. Most notably the punch hole selfie camera position in the top left corner of the display. 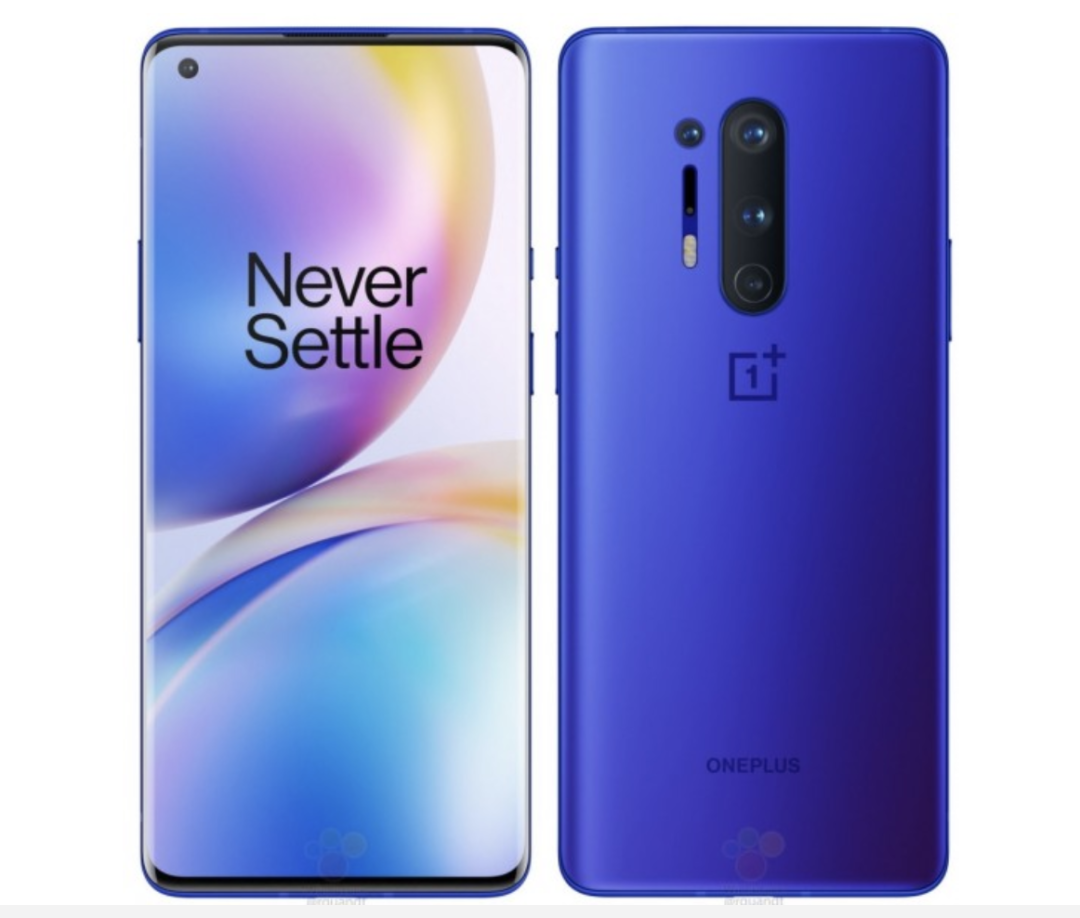 For the sake of completeness, we will reiterate what we already know about pricing and availability as well. On global markets, the April 14 event, should be followed by a sales kick-off on April 30.

China should get its own unveiling event on April 16, with sales immediately following on April 17.

Michael Rodrigue - September 29, 2022 0
We use cookies to ensure that we give you the best experience on our website. If you continue to use this site we will assume that you are happy with it.AcceptPrivacy Policy