Samsung began the manufacture of chips using the 3nm Gate-All-Around (GAA) process last month and today it held a ceremony to celebrate the first shipment of such chips.

The ceremony was attended by around 100 people, including company executives and employees, CEOs of companies looking to use the new tech as well as Lee Chang-yang, the Minister of Trade, Industry and Energy, who pledged support for the country’s semiconductor ecosystem. 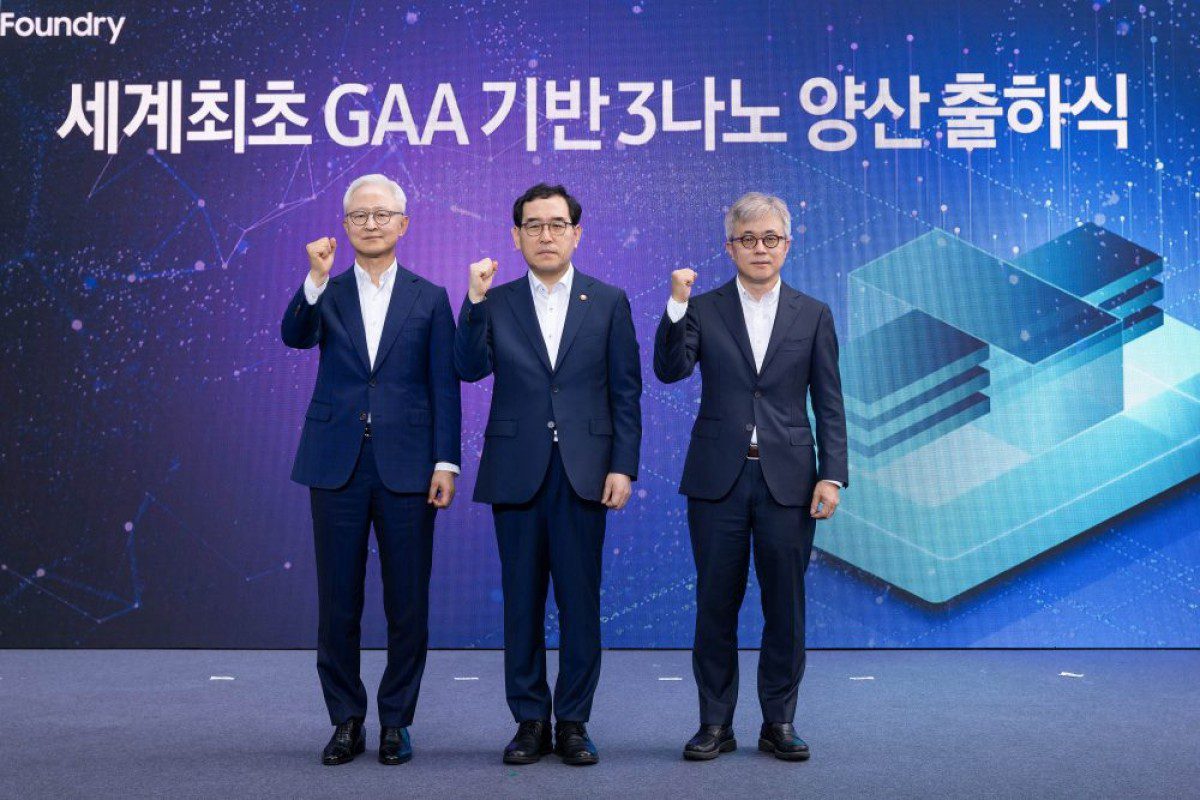 Samsung Electronics started researching GAA transistors in the early 2000s and experimenting with the design in 2017. Now it is ready to mass produce chips using the new process.

Compared to the FinFET design, which has been the standard for several years, the Gate-All-Around design allows transistors to carry more current while staying relatively small.

According to Samsung, the 3nm GAA chips will use 45% less power, be 23% faster and be 16% smaller compared to a similar 5nm FinFET chip. This is for the first generation of the GAA process, by the way, Gen 2 will further improve on these metrics. 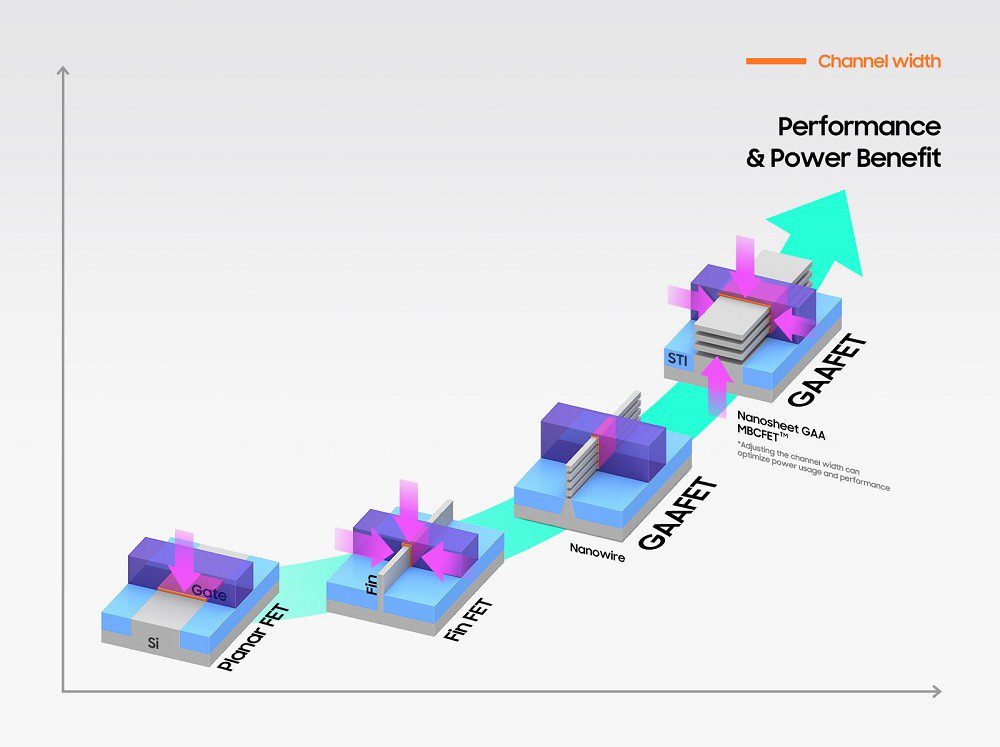 Samsung doesn’t say what kind of chips were stocked up for the first shipment, but the company does plan to develop smartphone chipsets using the 3nm GAA design.

TSMC will also start the mass manufacture of 3nm chips later this year, though they will still use the FinFET design – the company will make the switch to GAAFET with the transition to a 2nm node.

Source (in Korean) | Via